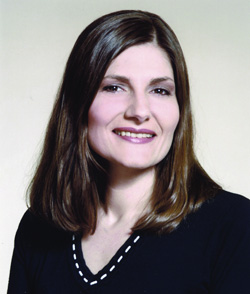 Since 2003, Liza has been an adjunct professor for Adelphi University’s communication department in Garden City, NY. She teaches newspaper and magazine feature writing classes, and magazine editing and production in which students produce a published magazine. In 2012 she was promoted to senior adjunct professor. Liza is also the faculty advisor to the school paper, The Delphian.

Anyone who has ever sat through one of Liza’s classes knows that her mantra is: Don’t let anyone tell you that a career in journalism or any writing profession is a foolish path. As long as you have strong writing skills, there will always be work. Be persistent, assertive and above all passionate about writing, and success will come. For Liza, there’s nothing she ever wanted to do other than be a writer, and she wants others to be able to pursue their dreams as well. 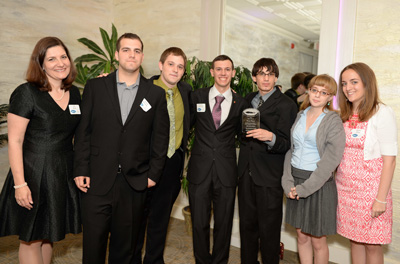 Liza poses with her students from The Delphian staff, who won Best College Newspaper and several other journalism awards from the Press Club of Long Island in June 2013. (Photo credit: Diana DeRosa Photography).